WHAT TO DO IN OSAKA?

hey mates! so I'll continue my journey while in Japan for 14-day last April to May. After facing lots of drama in Kyoto, since then I really did enjoy Japan and I finally know the reason why people love Japan that much! since the day I step my feet in Osaka, I just know that I'll love this city. crowded, but fun. 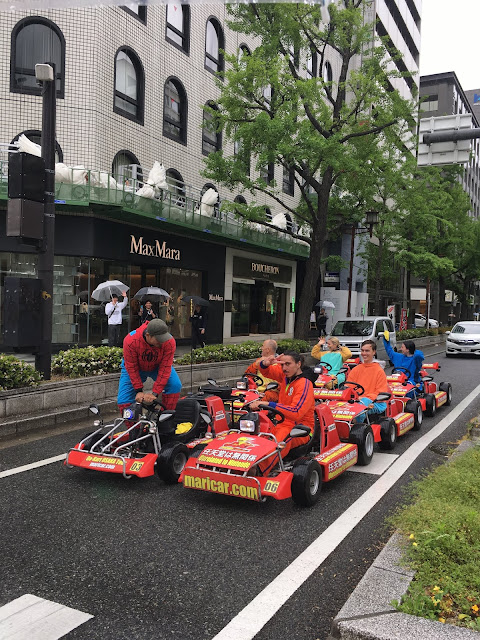 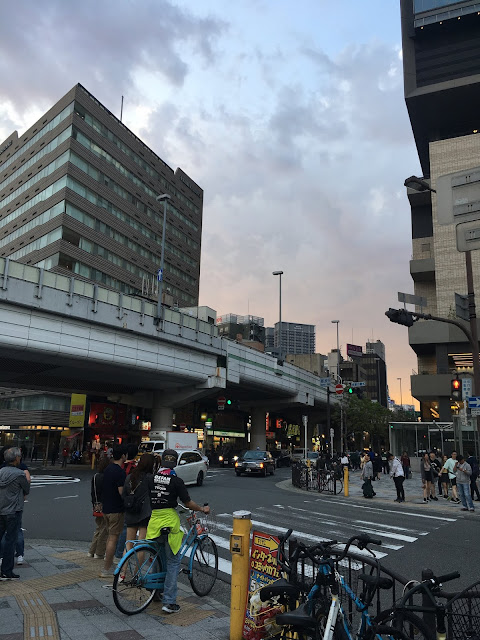 when in Osaka, you have to go to Dotonbori to see Glico Sign! it's like a tourism and mandatory place to visit tho. yes, I know it's insanely crowded but it's worth it. For me it's a bit of Times Square vibes in New York and I love it!
The best thing is that my cousin and I met new friend. He is originally far from China but continue his study and work in Amsterdam and he was having his holiday and solo traveling around Asia. We end up talking around Dotonbori and he walked us back to train station. Actually it's nearly impossible to have this kind of photo of me below if without a Japanese man that took his ring-light just for us having a kick-arse photo. HE IS JUST TOO GOOD! if you guys wanna see the behind-the-scene, can go through my Instagram's story highlight. 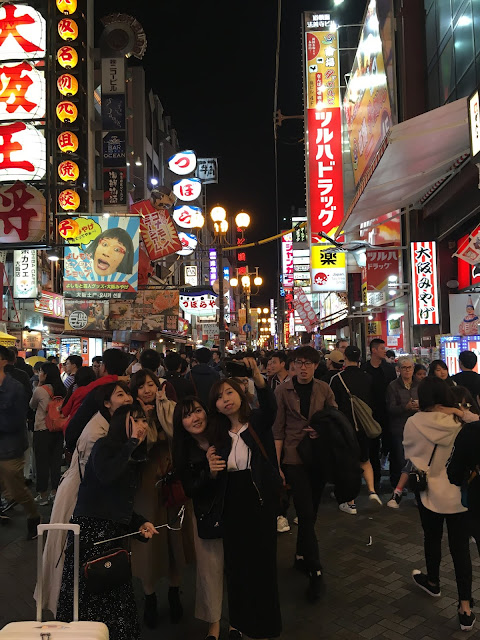 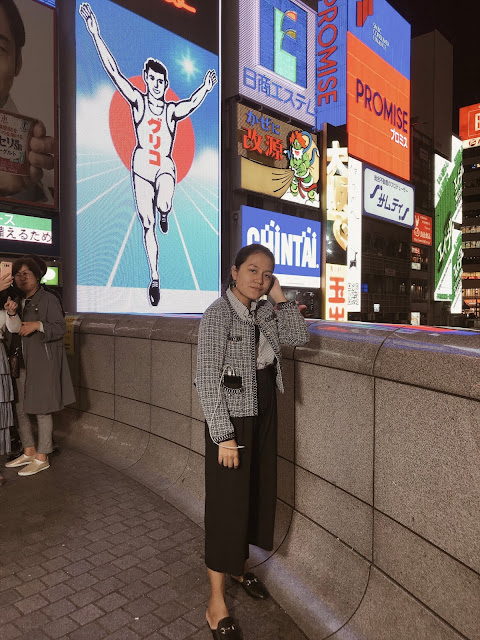 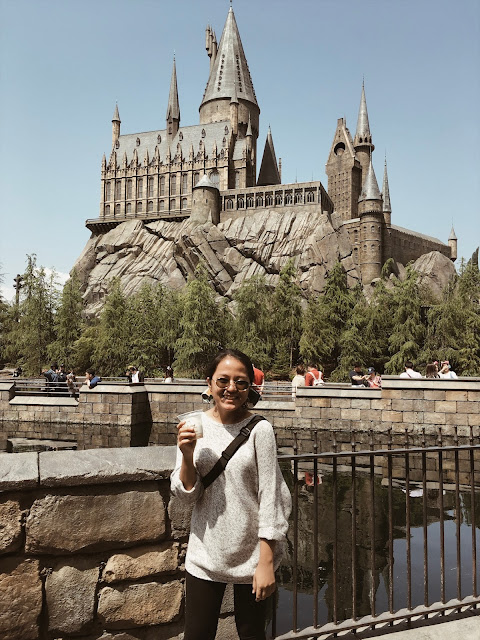 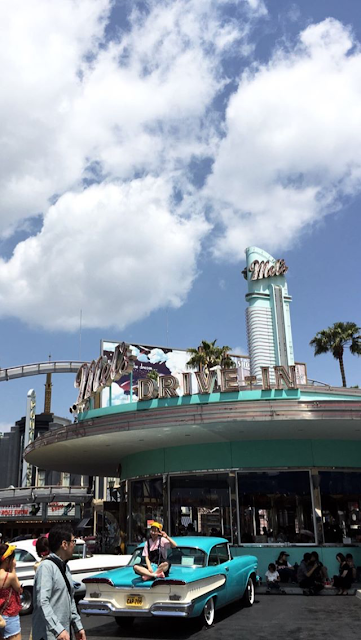 besides strolling around Osaka, my cousin and I went to Kobe by JR train. we went there especially for Kobe beef that cost 9,000-10,000 yen. fiuhhh it was a lot! 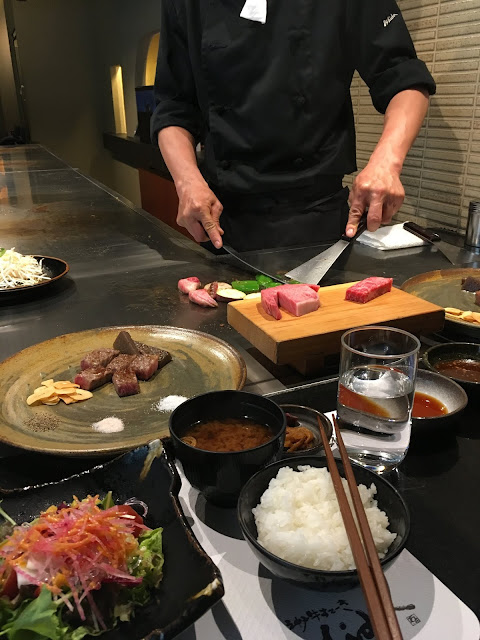 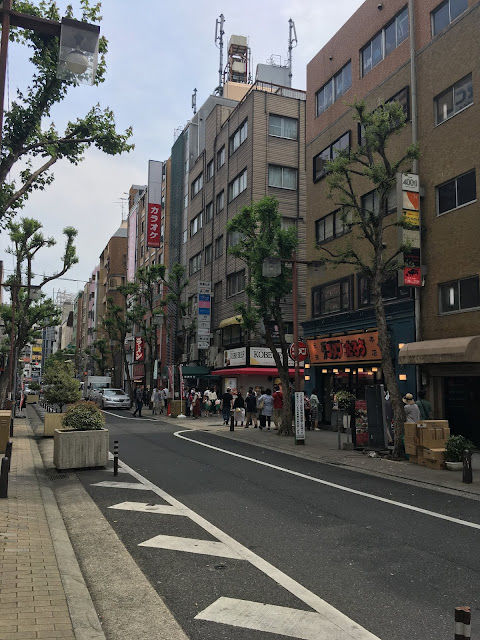 I think Osaka almost same with Tokyo, it's like heaven for shopaholic! well, I bought a lot there hahah not to mention UNIQLO! sorry but I just can't help myself for not buying at least one, and of course I bought their technical jacket for my pap.

and here are some foods recommendation that you should try while in Osaka:
1. Ichiran, well I think this is the most famous ramen in Japan! and I don't have to explain how good it is anymore tho and I found one thing. Ichiran in Osaka is a bit cheaper than Ichiran in Tokyo.
[ pardon me for not posting any photo, because all I have for Ichiran is video ]
2. Luke's Lobster.
yesss!! I've been craving for this for long time and finally checked! the lobster is just soo good, moist and texture! 11/10 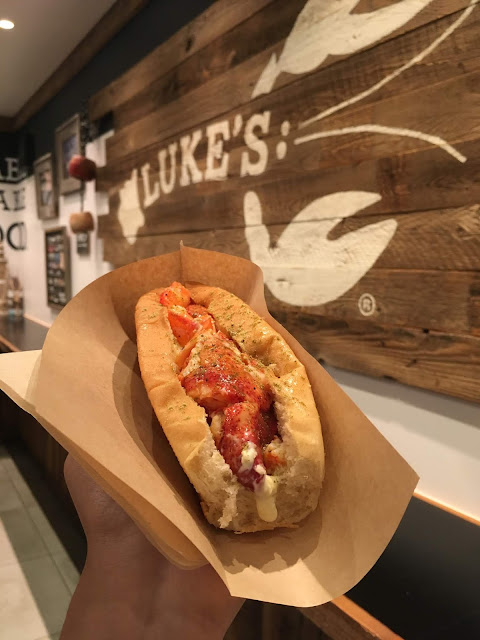 3. Tapici
lova boba? then you should try this! you can find this in Namba. honestly when my cousin and I found this when we got lost hahah 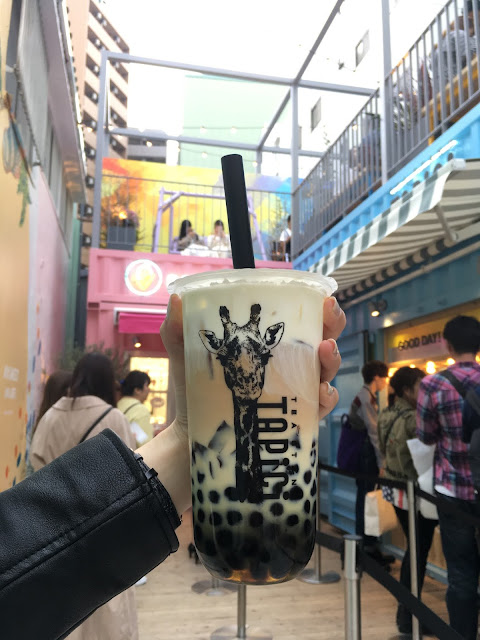 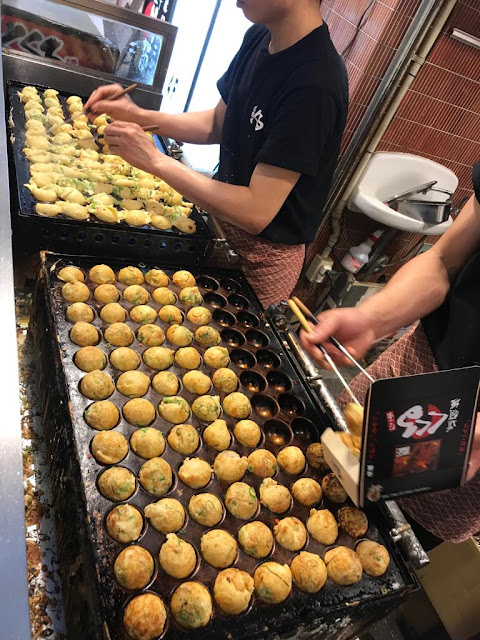 5. Eggs N' Things
so this is more on Hawaiian foods. found this in USJ area. their foods are so light, although it is rice and their seasoning is on point! you will found beef flesh inside this two-yolk-egg. the sauce is 11/10 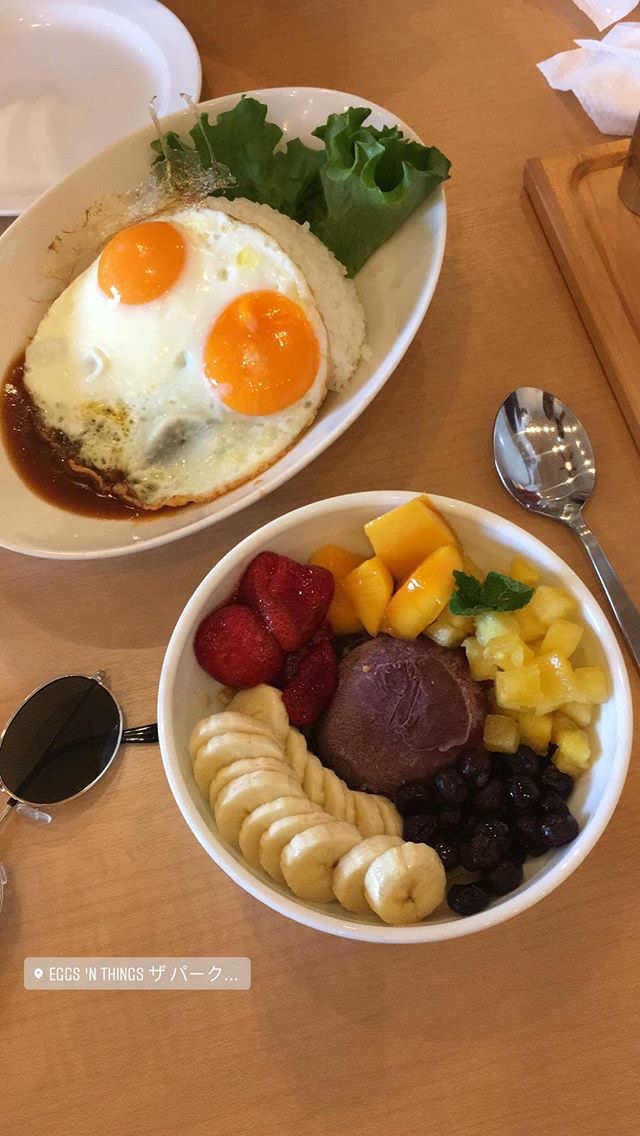 While in Osaka I stayed in one Airbnb quite far from Dotonbori, the reason I don't put the name and photo is because it's a bit creepy there and my cousin sort of saw "it" so yeah.. I would rather don't write it here. And it's a wrap for my trip in Osaka, one more to go which is Tokyo. hope you guys find my blog post useful as reference. although I'm not including all photos in my blog but you can watch my Instagram story highlight for complete reference because it contains more video footages there.