hey mates! currently I've finished my study in my university but still waiting for the lecture to tell us when to start doing our research which means I've lots of leisure time. well, kinda boring.
so when I have lots of leisure time, I start thinking of doing things that I never did before perhaps I like myself busy thinking and doing something. so last month, exactly, I tried create my own style of t-shirt with picture that I took from internet and edited it by my own. actually I kinda obsessed with hypster or Tumblr kind of t-shirt ( if you know what I mean.. ) but in where I lived now its nearly impossible to get it so I think of print it instead! in total I printed two t-shirt by the way.
1. How I Met Your Mother
gee! both How I Met Your Mother and Grey's Anatomy are my-forever-favourite show! #handsdown
but I choose to use How I Met Your Mother picture instead because I found out that they are more chic and aesthetic tho but it doesn't mean that Grey's isn't. after I saved the picture, edited and behold.. 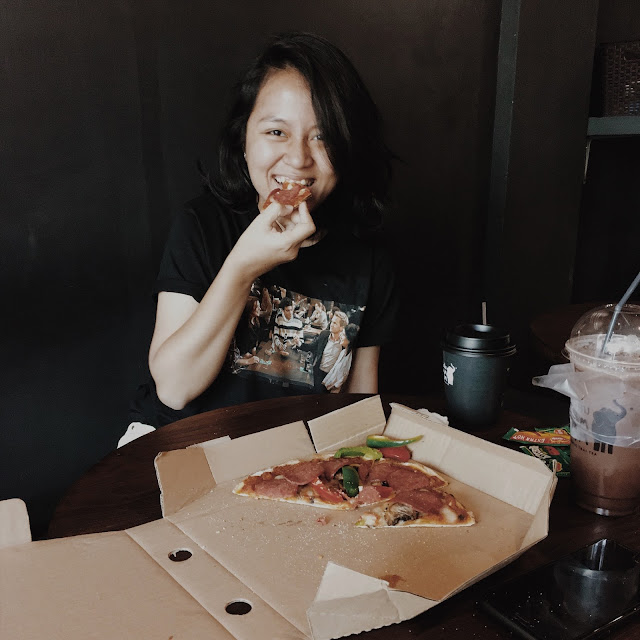 okay, maybe it doesn't look so clear perhaps because your eyes directly spot on the pizza?
but so far this is the only picture so..
2. Alice in the Wonderland
okay. to be honest I'm not Alice in the Wonderland's fans, but in this picture she looks chic with comic retro style and she look like girl version of David Bowie. super bizarre and I like it
in this photo I didn't give any touchup so this is the original Alice. 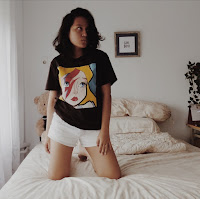 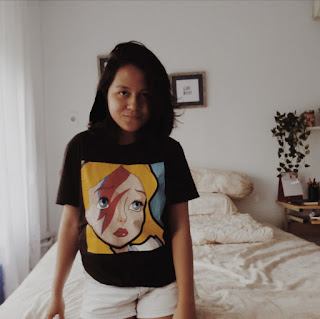 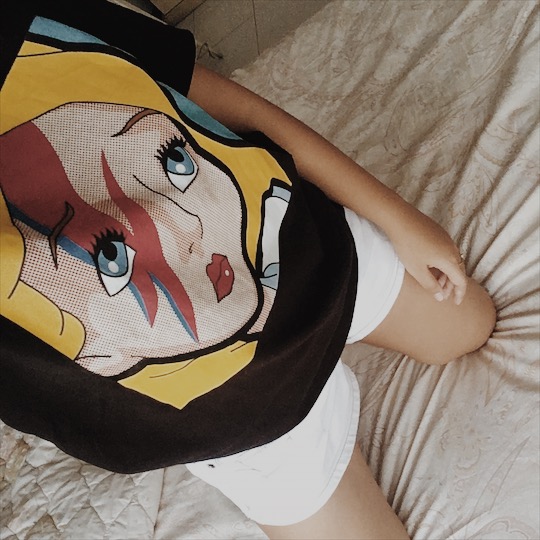 so here it is, what do you think? which do you like the most? please share your thought(:

things I love the most about wearing t-shirt is like it can go whether chill or edgy. I meant, just t-shirt is chill outfit meanwhile if you put trucker on it then your outfit already in another whole new level but the idea of wearing t-shirt inside still needed. trucker itself just made t-shirt more extra.
its a wrap for this post, hope you guys enjoy it!